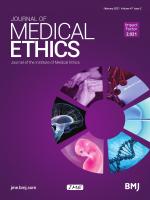 One type of argument against NMEF is the individualisation argument, according to which NMEF is problematic in virtue of being an individual solution to a social problem. The underlying problem that ought to be targeted, it is argued, is the patriarchal structures in the labour market, which disprivilege women and make it excessively difficult to combine work and parenthood.

In “Arguments on thin ice”, Thomas Søbirk Petersen helpfully distinguishes between three variants of the individualisation argument: the non-address view, the distraction view and the further oppression view.[1] Petersen argues, moreover, that none of these is convincing, and therefore that the rejection of NMEF is unwarranted.

According to the non-address view, the reason NMEF ought to be rejected is that “it cannot address the social causes that make it so difficult to balance career and family”[2] or that it “does not substantially alter the social structures that have constructed inequalities”[3] between women and men. Petersen argues, convincingly in my view, that insofar as the argument merely points to what NMEF does not address, this is a very weak argument. We cannot oppose a treatment that is given to individuals merely by appealing to the fact that this treatment, by itself, does nothing to address the more general cause of this type of problem. Presumably, we should not oppose the practice of putting casts on broken legs because putting on casts does nothing to address the problem of osteoporosis in society.

According to the distraction view, the problem with NMEF is not simply that it fails to address the underlying issue, but that it ‘obscures or draws attention away from social solutions to social problems’.[4]

Petersen makes two points in response to this view. The first is that, rather than being distracting, ‘discussion among politicians, the public and scholars of NMEF usually attracts attention to the huge social moral problems that women often face in the current labour market’.[5] Second, he argues that ‘it would take a lot of evidence to show that the use of NMEF would obscure or make it less likely that the labour market will change in the direction of creating more opportunities for women’, since of the last 30 years, when egg freezing has become an option, the opportunities for women in the labour market have improved.

Here Petersen’s response is somewhat less convincing. First, the relevant question is not whether public discussion of NMEF attracts attention to the issue (it very likely does), but whether the practice of NMEF attracts attention to the issue. Opponents of NMEF oppose the practice, not the discussion. It could be suggested, moreover, that that NMEF practice does in fact take away some attention from the issue, insofar as women who would otherwise suffer under the system and protest as a result, make use of NMEF, find it manageable, and refrain from protesting. Even if this were the case, however, it could be argued that this must be regarded as a step in the right direction. The reason is that, in this case, NMEF reduces protest, not in virtue of silencing the voices of protesters, but in virtue improving the situation for at least some individuals so that protest is no longer so urgent. If one regards this as an illegitimate form of silencing, it seems that one will be committed to opposing virtually any step in the right direction on virtually any social cause.

What concerns Petersen’s second point, about the improvement of women’s situation in the workplace alongside the development of NMEF, it seems that although this does show that the two developments are compatible, there are way too many confounding factors to make inferences about the effect of NMEF accessibility on women’s situation in the workplace.

Petersen quotes Karey Harwood who argues that “technological solutions to social problems … often result in the further oppression of disadvantaged groups”.[6] Petersen opposes Harwood by arguing that the proposal lacks empirical support; that the relevant improvements to the labour market may in fact never come about, or do so very late; that NMEF is motivated only in part by concerns related to the labour market; and that, what concerns the oppression of disadvantaged groups, NMEF could be paid for by the welfare state.

While these are weighty objections, Petersen misses out on an important point, namely that—to translate from feminist to consequentialist lingo—there is danger that NMEF gives rise to a collective action problem: a problem where individuals might miss out on a solution that would be better for everyone because of conflicting interests that discourage joint action. To find out whether it does, we have to figure out whether the good gained by users of NMEF is mainly an absolute good or mainly a positional good. If it is mainly an absolute good, we should go for it. If it is mainly a positional good, the advantage is mainly an advantage relative to others (for example, in competing for jobs). In that case, we risk moving in the direction of a society where the majority of women must use NMEF in order to be competitive, and where there is little or no net gain in everyone opting for a medical solution than it would have been if, instead, we made it easier to combine work and parenthood (as in the Scandinavian countries).

In such a regime, it would very likely be the disadvantaged who would be less capable of competing in the race. While Petersen is right that NMEF could be paid for by the government, in case NMEF is indeed mainly a positional good, it is very problematic to spend government money on this good. If our aim is to promote overall welfare, positional goods should not be subsidised; on the contrary, they should be taxed so that the resources can be spent on absolute goods instead.

Petersen has made a helpful contribution by distinguishing between three variants of the individualisation argument that are often conflated in the literature. He has also raised important challenges against several of these variants. In order to justify his overall conclusion, however, he needs to address head-on and in detail the worry that NMEF is mainly a positional good.

[1] Petersen TS. Arguments on thin ice: on non-medical egg freezing and individualization arguments. Journal of Medical Ethics 2021. [Epub ahead of print: 14 May 2020].

* This is the penultimate draft. Thanks to Aksel Braanen Sterri for suggestions that helped improve this paper. The research was funded by The Research Council of Norway, grant 259521.